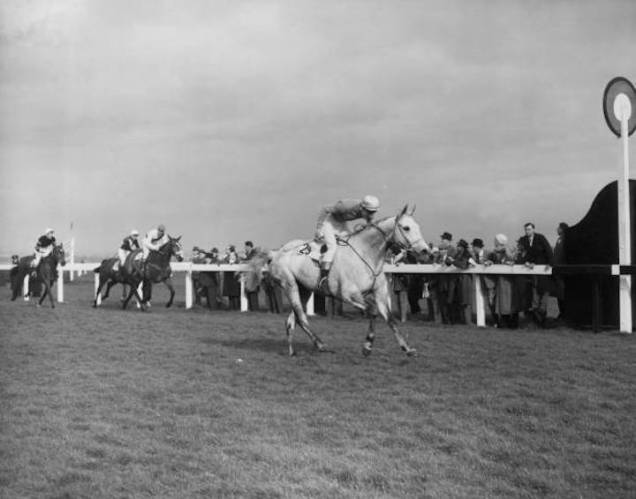 In 1961, we still went to school on Saturday mornings, but the afternoon was our own. Usually that meant Grandstand, and viewing it would trigger a lifetime habit of watching sport on TV.

Throughout the 1960s the BBC added various sports to its Saturday line up on Grandstand: Test matches, Wimbledon, Five Nations rugby, the Open, the FA Cup Final, the Boat Race.  Pride of place one spring afternoon every year was always given to the Grand National, an event that it had started televising in 1960.

A little remembered fact about the 1961 running of the National was the participation of two horses from the Soviet Union, Reljef and Grifel. A third Russian horse had also been sent, but didn’t run.

The Beatles played 000 gigs in the Liverpool area in March 1961.

2 March 1961
1. Walk Right Back/Ebony Eyes: The Everly Brothers
2. Sailor: Petula Clark
3. Are You Lonesome Tonight: Elvis Presley
4. Are You Sure: The Allisons
5. Will You Love Me Tomorrow: The Shirelles
6. Who Am I/This is It: Adam Faith
7. FBI: The Shadows
8. Calendar Girl: Neil Sedaka
9. You’re Sixteen: Johnny Burnette
10. Riders in the Sky: The Ramrods