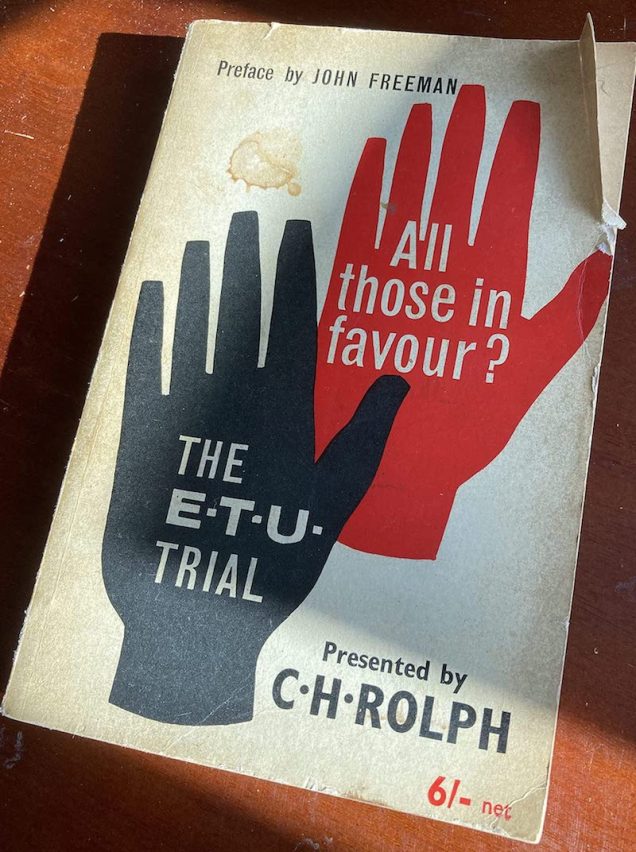 I doubt that I read much of the coverage in June and July 1961 of the High Court action against the Electrical Trades Union (ETU) by a couple of its officers, nor indeed of the decisions in September 1961 to expel the union from the TUC and disaffiliate it from the Labour Party. However, in the 1980s my interest in the subject was aroused when I bought a second hand copy of a book about the trial, All Those in Favour by C H Rolph.

The Beatles played 33 separate lunchtime and evening gigs in the Liverpool area between 1 and 29 September 1961. On 30 September, John Lennon and Paul McCartney set off on a holiday trip, financed by the £100 John had been given as a gift in advance of his forthcoming 21st birthday. They intended to hitchhike to Spain, using bowler hats as a gimmick to encourage lifts, but only got as far as Paris.

Raising The Wind
What A Carve Up!
The Terror of the Tongs
Source: filmdates.co.uk